As a child I was prone to melodrama.  I was disliked by many of the children at school and, therefore, ostracized.  So I spent my time in the library, reading books, or at home, watching old movies on television.  I came to believe that all people behaved like Bette Davis and Henry Higgins.  I came to a place where I assumed that all people behaved as though they were in a Harold Robbins or Sidney Sheldon novel.  And so, there I was, a schoolboy behaving as though I were a character that I would see, years later, on a nighttime soap opera.  Prone to temper tantrums I never concerned myself with how people would react or what they would think, whenever I would allow my anger to flare.  By the time I was into my twenties I had an ugly reputation and, indeed, in college I was known as a drama queen.  This reputation would follow me for years, a fact in which I would come to take great shame.  The truth is, though, that having been a drama queen, I learned the truth about quiet strength and dignity.

People who knew me in high school can certainly remember the dramatics.  People who knew me in college can absolutely remember the tantrums.  People who knew me after college can, most assuredly, remember the antics.  Something happened to me, though, sometime in my thirties.  I learned to step outside of myself and observe my actions; I saw how unbecoming those histrionics, those tantrums, those antics, those dramatics were.  I wanted to be something or someone different.  I wanted to be something else.  I trained myself to not lose my temper, to not lose my cool.  People might see me cry but when I did they would be tears of joy, of happiness, or tears that symbolized that I had been moved, been touched by something.  I learned to keep all of my innermost emotions inside.  I once dated a boy fourteen years my juniour.  During those times I wept, greatly, while he was a pillar of strong silence.  Within two years, he remarked that we had changed places, that he had become an emotional powerhouse and I had become a virtuoso of implacability. 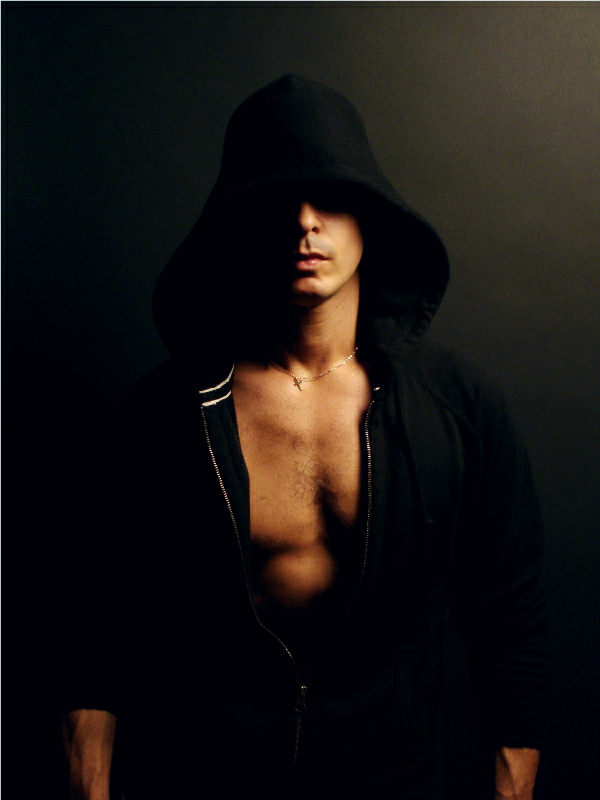 In my adult life I have learned the art of restraint, showing only serenity, joy, strength.  Naturally, there have been moments of great emotion and I would like to believe that members of my family would back me up if I said that I keep much of my emotions locked up, in a place where nobody sees them, preferring only to show that which inspires happiness and strength.  I have been embarrassed and ashamed, on the occasions that I have had to impose human fallibility and weakness upon any of them.

Now and then, every so often, two to five times a year, only, something cracks.  People who have seen me become emotional would be astounded if they knew the restraint that it takes to show only the emotions they see, rather than all of the emotions, just below the surface.  The closest of my friends have actually had the experience of watching me suck a tear from my cheek back into the tear duct.  Others have had the horrifying experience of seeing the temper that I work so hard to hide.  I have a best friend to whom I often remark that I don’t like people to see the human parts of me.  He replies that he likes to see those parts.  It is my wish that the people around me see only strength and calm, peace and joy.  Unhappily this is not always to be; for, hate it though I may, I must admit that I am only a man and there are moments when those horrible human parts bubble to the surface.

I have this job.  It is a job that I have loved.  It is also a job that I have hated.  What I have always loved, though, and never hated, is the colleagues with whom I work.  For three years I have been working alongside these people, trying to be a good colleague, a good leader, a good friend.  I have tried to see to it that things go as smoothly for them as they do for the client, the guests, the owners.  Occasionally we have a night at this job in the entertainment/hospitality industry that is so bad, that is so much that I break.  Twice in three years I have lost my temper and thrice, in three years, I have sat down to cry.  Losing my temper now looks very different than it did in my youth – the eyes narrow, the jaw clenches, the cheeks sallow out and speech becomes curt and sharp.  It is actually scarier than the times I have punched a wall.  It takes about four to six minutes for me to get it under control; but I do.  Sometimes the demands of all become too heavy and I find myself polarized and standing, as the song goes, in the middle of the room – not going left, not going right.  All I can do is stand and say “I can’t do this, I can’t do this, I can’t do this.”  This is worse than anger – this is tears.  Twice in three years it has happened – each time, a colleague brought me back to earth, once it was Bethany, once it was Dave.  I remember and always will.

At my job last night a guest who was a supposed celebrity I have never heard of (and who, it turns out, was the cousin of the client) took my microphone from me, while I was emceeing a cooking game for nearly 60 people, usurped the party I was hosting, and screamed into the mic at a pitch so high that it blew the entire sound system.  It didn’t blow just the mic – it blew the sound system, one that cost the company great expense.  There was no music, there was no amplifier, there was no mic.  At a time when I should have been hosting and focusing on other parts of my job, I had to deal with an issue with which I had no technical knowledge to guide me.  Never mind that the sound system is in a coat closet that had been filled with folded up tables that had been piled high with guests’ coats and bags, making it impossible for me to reach the main console.  While trying to remedy the situation, I had this de-facto Gordon Ramsay screaming in my left ear and his cousin, the person signing the bill at the end of the evening, demanding things in my right ear.  I was, authentically, polarized and wondering what to do.  Then I looked up and saw it.

He was standing on our kitchen countertops in the workboots he wore into our establishment, from the street.  He was screaming.  He was berating the guests at our party where people are invited into a chic kitchen to cook.  He was belittling the chefs who were being paid to guide these guests into a happy experience playing a cooking game.  While standing on our kitchen countertops where food is prepared, in his dirty shoes.

I found myself stunned.  I had no course of action.  I had no thought, no feeling, no recourse except to leave the room.  I had been broken.  I left the floor, the cacophony of the party growing dimmer in my ears, knowing that the team of hospitality would handle it; because, to them, this was just another night at work and because they are the shoulders on which I stand, whether they know it or not.  They, though, didn’t know the pressure of a loud would be celebrity screaming demands at me while a client to whom I had promised a great night hurled demands at me, the pressure of an employer expecting a perfect execution of an event that had been over-planned and over promised, the pressure of driving a train that has derailed and may crash, in your (usually) capable hands.  So I broke.

I went into the production manager’s office and sat down and cried.  I chanted my mantra at this moment that comes up twice a year, the moment when I break.  “I can’t… I can’t… I can’t”  This lasted exactly 20 seconds.  Then it was finished.  I could.  And I knew it.  I would.  I emerged from the little room, visibly shaken, and joined the team, who see me, truly; and who have my back, at all times.  They came to me, one at a time, to assure me that we could do this.

“Consider this a gift… a challenge we will meet tonight.”

“I know you’re losing your voice, if you need me to speak for you, I will.”

“It’s ok, babeeeeee!  We are doing it together!”

Strength restored, tear sucked back into the duct, I returned to the cooking party and the evening continued as each member of our team came to me, one by one, with comments about how awful this person was, about what offensive comment he had made, which unspeakable act he had committed – and the realization dawned on me that I was not alone.  They all saw the appall of the situation, they each sympathized with the captain of the Titanic wreck of an evening and, together, we would pull it out of the water and save the day.

Calm.  Smiling.  Serene.  This was the image on my face as order returned to our dining room, with the departure of the celebrity chef who came to dinner.  The celebrity chef of whom nobody had ever heard, not even the chef on our team who is asked, regularly, to be on television.

I made a posting on Facebook by phone about this being the party that broke me.  My friend who loves to see the human parts of me spotted the status message and texted me a reminder that “breaking is not what a Bulldozer does” and I felt visible and understood.  I realized, in that moment, that there are people watching and cheering and awaiting the next story that I have to tell.  There is always a story to tell; there is always a lesson to learn.  I think my lesson on this night is that, try as I may (and believe me, I will continue to try) emotion blocking is probably not the proper course of action for me.  Allowing people to know who you are, allowing them to see all the parts of you is a great compliment.  It shows them that you trust them with your heart, so horribly damaged, from an early age.  The lesson is this: by allowing people access to the moments that break you, giving them a chance to hold you up and help you out allows them an opportunity to repay any kindnesses you may have gifted them – something I pride myself on doing.  Yes, I love bestowing kindness and favour on others and hate having it done to me; I am a master of double standard, which is one more thing that I have tried to keep people from learning about me.  I seem to be revealing many things about myself today that I have tried to keep from the world, in an attempt to hide the human parts of me.

Don’t get used to it.  In an hour I am due at the gym, to train with the man who gave me the nickname Bulldozer – I fully intend to be restored to my implacable state by that time.

Only the readers of this blog will know if I am, at all, successful at it; or whether there is a slightly more human, possibly less stoic Stephen walking the Earth.