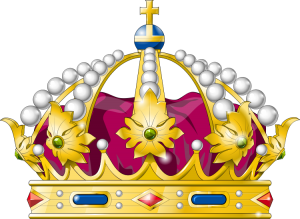 The last time I sat down to write for this blog, I wrote my simple opinions about a porn star that had died of heart failure caused by years of abuse from steroids and recreational drugs.  I posted the link to my Facebook page, where I received several supportive comments, publicly – and one or two not very supportive comments.  I also, though, got a handful of private emails chiding me for my position on the matter. Not very many of them caused upset in me because I do believe, honestly, that people should have their own opinions and should express them.  It won’t bother me unless it gets to a point where our two opinions are so diametrically different that something must be done to restore peace to our friendship.

However, there was this one email that I got that, after one reading, prompted me to reply to its’ author “Please remove me from your Facebook friendlist”, which the writer did, promptly.  The reason I made this request had absolutely nothing to do with the fact that this person disagreed with me and called me insensitive in an email that was little more than a petty lecture and verbal finger wag.  It had everything to do with the lack of drama in my life.

In my lifetime, I have been a drama queen.  It was drawn to my attention in my 20’s by a friend and I was dismayed by the appellation.  I was dismayed because I knew it to be true.  I had been a drama tween and a drama teen and had, at long last, arrived to full fledged gay boy status:  I was a drama queen.  There are few things in life as difficult as having someone hold the mirror up to you and open your eyes.  It takes a special talent and a carefully chosen arrangement of sequential words, combined with a perfectly executed expression of derision and judgment displayed upon one’s physical person.  When the arbiter reveals their judgment in a way that opens wide your own eyes and you are able to see the unbecoming flaw that you possess which causes people to turn away from you, to roll their eyes at you, to stand in judgment of you, you have two choices:  you can either ignore the vision of truth before you and continue to be the blemish on every social occasion in your life (knowing, full well, on the inside that you are the bastard at the family reunion) or you can take it on the chin, like a man or a woman, and say “ok, it’s a fact.  I am a drama queen” (or a know it all or a Moaning Myrtle or a pretentious ass or a tool … the list goes on and on) and you begin to change yourself.

My closest friends (and some not-so-close ones) can vouch for the fact that I used to drink a lot, throw tantrums, cry a lot, make enormously big mountains out of non-existent molehills … you name it, I did it.  I mastered the art of drama queendom.  They can also vouch for the fact that I stopped all that shit years ago.  YEARS ago.  Years.  When I did, though, I lost my interest in other drama queens.  I found that drama is best left on the television, on the widescreen, on the page and on the stage.  Not in my life.  One by one, the drama queens fell off; and I found that when what falls away, falls away, everything else falls into place.

This FB friend came to me by way of a friend request he sent me years ago.  I once lived in Dallas, where he was living when he approached me online.  We had about 40 or 50 mutual friends.   We were both gay men.   We (apparently) had a lot in common.  So he sent me a friend request and an email telling me that, after looking at all my photos on FB, he had a crush on me.   I loved the compliment.  (I love compliments – I’ve never had enough).  I looked at his profile.  He was a handsome black man (I love handsome black men – I admit it; I have a thing for black men).  So I approved the friend request.  Nothing came of it.  We never emailed each other.  Now and then we would leave wall greetings.  No flirty emails, no sexting, no nothing.  Just occasional wall writings.  Then, one day, he moved to New York to go on the stage.   He emailed me, not to hook up, not to meet for coffee, but to ask if I could recommend a gym.  I did and that was that.  Every email I sent him, asking to get together, was ignored – not denied, ignored.   Every attempt I made at getting to know him was ignored.

And then one day I received an Event Invite from this stranger.  I clicked on the page and it was some 6 or 7 long paragraphs about his crystal meth addiction and how he beat it and how he wanted to invite all of his FB friends to pay it forward by being nice to everyone on a certain day.  Well.  Call me old fashioned but I tend to try to be nice to everyone on every day.  I don’t always succeed at FEELING nice toward everyone – but even when I don’t feel it, I am still courteous to grocery store clerks, bank tellers, cab drivers (something I was not very good at in the past) and friends I happen to encounter (the only people to escape my wrath on these days are the slowpokes who clutter city sidewalks and force, in my mind, wishes for a taser, a phaser or a good aluminum baseball bat).  So I scanned his 6 or 7 paragraphs (couldn’t invest the time in reading them) and moved on with one simple thought: “hmm.  crystal meth addict.  hmm.”

I have few rules in my life.  I used to have a LOT.  Now I have few.  I hope for little more from my friends and lovers than this: be nice, be respectful, be kind… and if you use crystal meth, you may not darken the door of my life.

A few months later I was on the recipient list of a group email that this FB friend sent out.  He had done it.   He had landed on Broadway.  He was in the chorus of a big show with some really big stars.   I think it is no longer to say someone is in the chorus – I think they are now referred to as the Ensemble.  He was a member of the ensemble in a big Broadway revival.  (I have, just by the way, an enormous respect for those actors… the ones that used to be called gypsies.. they have talents I can only dream of having and they work their asses off in each show.. they are the legs on which the stars stand.  I love the ensemblers of Broadway.)  This email he sent out had a recipient list in the double digits.. maybe 20, maybe more; and its’ purpose was to chide all of us for not supporting his work.   He was put out with all of us for not coming to see him in his Broadway debut.  It went on for 3 or 4 long paragraphs.  I looked at the recipient list and I noticed I knew every single person thereupon.  I said it out loud.  “um… half these people live in Dallas!!”  No wonder they hadn’t come to his show.  And the people who lived in New York probably would have told him, had he said something to their actual faces, things like “dude… I work nights” or “honey, I’m afraid Broadway shows aren’t in my budget right now” or “I promise to come see the show when I am not so busy”  or “I’ve been out of town, doing my own show” or that offensive but true sentiment that many people have “dearie, I’ll come see you when you have lines”.  Whatever the reason, there is always a reason.

I rolled my eyes and hit reply “My husband saw your show and loved it!  He is urging me to see it, when I have time off from work.”

And life rolled on.

Then I wrote that story.

Then I got his diatribe in my mailbox.

Once an addict, always an addict.

It’s true, you know.  It doesn’t go away.  You can stop drinking, stop using, stop smoking, stop eating – but the addiction is always inside you.  You just have to control it.  You just have to have a little focus and a little inner strength.  Deep.  Deep inner strength.  You can be an addict without using.  And you can be an addict without continuing to behave like an addict.  My dear friend who is very open about his life as an addict stopped drinking last year.  Years before, he stopped using crystal meth.  A few months ago, he stopped eating Burger King (maybe his biggest addiction of all) and lost 30 pounds.  He is currently one of the new-age-y-est, self-helping-est, optimistic, gratitude living and grace loving people I’ve ever known.  He knows he’s an addict and so do his close friends; but he doesn’t lead with it.  He leads with optimism and Oprah.  My girlfriend was a crystal meth addict in the 80s – she beat it.  Nobody knows about it until she tells them.  She has a happy marriage, a thriving business and a life that may be challenging but is never boring.

The point is I have a lot of friends who are addicts.  They fight and they get on with it.  Like I do.  I know I’m an addict and I mention it, when it is pertinent to the conversation (or, in this case, the story).  I do not, though, lead with it.  And I do not act like it. You can, you CAN, change yourself.  You can, you CAN, alter your behavioural patterns.  It takes focus and deep inner strength.  With regards to my addiction, I do not see myself as a victim – I consider myself a champion.  I don’t know if this is true – but I get the distinct impression, given words sent to me and the FB public by this fellow, that this fellow DOES see himself as a victim.  He sees himself as a man with an addiction.  I see myself as a man.  No one thing defines me .. not being gay, not being an alcoholic, not being a photographer, not being Asian-American, not being short, not being bald, not one thing.

My former FB friend seems to lead with his status as an addict.  He posts it in his FB status, he creates event pages about it, he mentions it in his emails, he probably mentioned it in the cabaret show he did in one of our NYC nightclub venues (I wouldn’t know, I didn’t go).  I get the feeling that, if I met him at a party, he would introduce himself by saying “Hi, I’m ___________ and I’m a crystal meth addict who’s six months clean.”  He lets his addiction define him; and he may not be using crystal meth.. he has transferred his addiction.  He is now addicted to drama.  And therein lies the reason I had to (HAD to) ask him to remove me from his FB friend list.  One of the things that goes hand in hand with using crystal meth is drama.  Some people I know who have stopped using have, successfully, removed drama from their day to day life.  Not him.  The drama has replaced the the meth.  And this former drama queen hasn’t got time for the pain.  Sell drama some place else; we’re not buying today.  And if you bring your drama to our door, there is only one, reasonable, reply you can expect.

Off with your head!

You are an inspiration to all who wish to shake off their victim-hood and their DRAMA MAMMA-ism. LOVE LOVE LOVE YOU!