The (not so) Giving Nature Center

Last year I began a series on my blog about the various healers I was trying out around Manhattan, courtesy of Groupon and Living Social.  New workouts, spas, medical professionals – all were the subjects of my stories.  Then I blew my back out and there was no longer an opportunity to write about workouts .. it became ALL about healers.  My life got busy and I stopped writing about this topic; but today I want to write about my trip to a spa yesterday.  After all, when I left the spa, they encouraged me to write a review of the service I had received.  I certainly don’t need to be asked twice to write! 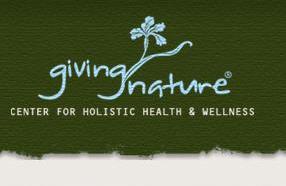 I bought my Groupon to Giving Nature Center last autumn on October 27th.  When I phoned to schedule my appointment, the lady I spoke to was so awful; she was so rude, she was so nasty, she was so mean that I asked for the manager’s name or the owner’s name.  The lady not only gave me the name of the owner of the company, she gave me her own name, too.  That way, when I called to speak with Janet Humphrey, I could say “Lisa has no concept of what it is to provide customer service” or whatever eloquent statement I would make, when the time came.  The time never came for me.  I decided to NOT call Ms Humphrey and complain.  I decided to email, through the website, and schedule an appointment.  I decided to see exactly how good or bad the service was.  I would have to wait awhile.. since the first opening they had was in February.  Of course, who is to say that they didn’t have openings that day for paying guests?  Who is to say that they weren’t limiting when the Groupon buyers would be able to get in?  Maybe the Groupon buyers would forget about the Groupon while waiting months for an appointment?  Then they would have paid but the company wouldn’t have to deliver the goods?  Who is to say?  Not I.

Irritatingly, I did not go on February 6th.  I was offered work and I had to take the gig.  They were very accomodating about rescheduling, though.  They could get me in on April 16th.  So I took it.  Better that than nothing at all.

Here is the good about Giving Nature Center at 155 West 19th street:  the young blonde man who greeted me upon my arrival actually DOES know how to provide good customer service!  He treated me with dignity, respect and friendliness.  I sat in the lobby and listened to his dealings with every person who phoned or who came in.  He was really very good at his job.  Bravo.  Also good:  the ambiance.  The place is actually quite nice and very soothing.  I had to admit that it was nice.  And I certainly was happy with the chiropractic consultation I had!  The doctor, James Corregano, was very good.  Since I see a chiropractor to whom I am devoted (Jason Piken at Innate Chiropractic), there was no need of a chiro consult – but it was part of the deal, so I took it.  Dr Corregano gave me a thorough exam and one of the best adjustments I’ve ever had.  He asked questions and listened to the answers.  He paid attention and he talked to ME.  He gave me some good advice that I am actually going to take.  If it were just about Dr Corregano, I would say go. Go.

It is not, though, just about the good doctor.

I went to Giving Nature Center for a massage.  I have chronic back pain and need a lot of massages.  I have neck pain that cripples me, as well as a lower back injury that dictates my life.  I pay close attention to the work that the massage therapists do when they work on me and I scrutinize their work and judge it, meticulously.

I was given an appointment with Alexandra, who was very friendly.  When she put me in the room, I asked if we needed to talk.  She said no; but I insisted.  It is good to be clear.  I told her about my back, my traps (always tense and pained) and my neck.  She asked me why it was just the left side of my neck and pointed out that my left shoulder was higher than the right.  I told her I didn’t know the answer.  She replied it was the bag I carry – I told her it is a backpack.  She acknowledged and she left, telling me to leave my underwear on.

I’ve never had a massage therapist have me leave my underwear on and it bothered me.  I need to relax during a massage and I don’t find that easy while wearing underwear that is either (or both) constraining me or expensive enough that I don’t want to get massage oil on it or have it stretched out, the way it did when Alexandra pulled it down to work on my upper glutes and then failed to redress me, after.  This was the first issue I had with the massage; but it was not the gravest.  What really disturbed me was that, even after all that talk, even after I filled out paperwork that included 4 diagrams of the human body on which I was asked to indicate problem areas (and where I noted 4 times the pain in my neck and traps); after she even NOTED the problem with my traps and noted that it was the left side of my neck that bothered me, she touched my neck and my shoulders not one time. NOT.  ONE.  TIME.  She had strong hands.  She was good about asking if the pressure was too hard (never was) and she was friendly.  She was NOT, though, attentive.  I drew her attention, more than once, to the troubles I have with my neck and traps and she didn’t touch them once.  She elbowed my back a lot and she spent more time than I needed (or like, frankly) on my legs and then she stopped abruptly and left the room.

When I was leaving my gratuity (begrudgingly), the lady behind the desk  (blond man, gone) asked if I enjoyed my massage.  “It was better than some”  Not a lie.. not the whole truth.  She told me, further, that if I wrote a review of my experience, I could get a discount on my next massage.

So here I am, writing a review…

But I won’t need that discount or that massage.